As the world continues to grow, everyone is continually looking for ways to responsibly and efficiently ‘clean up’ the environment. Through a process called photocatalysis we can destroy bacteria and reduce contamination leading to a safe and more sustainable environment.

Photocatalysis refers to the process whereby chemical reactions are speeded up by materials when they are illuminated. One especially potent photocatalyst is titanium dioxide (TiO2). When exposed to light titanium dioxide produces free radicals on its surface which can be harnessed in several ways. For example, they can be used to promote oxidative decomposition of wastes or the elimination of bacteria and are frequently used in applications such as air and water purification. Since photocatalysts are not consumed in the process, they can in principle operate indefinitely, and do not come with the waste and disposal issues of alternatives such as chemical treatment.

As impressive and useful as this technique is, photocatalysis does have some disadvantages. For example, typically only certain specific wavelengths of light will instigate oxidative decomposition, while some photocatalysts are sensitive to damage which severely limits their lifespan.

Researchers at Keronite have discovered several new ways of improving the longevity and efficacy of TiO2 photocatalysts. Through a unique coating technology called plasma electrolytic oxidation, the process could be made more affordable, efficient and effective.

How does photocatalysis work?

Titanium dioxide is a photocatalyst used for treating polluted water and air and is also used as the coating on self-cleaning windows. It uses the energy from light to produce oxygen free-radicals from moisture in the air. The oxygen free-radicals cause damage to microorganisms’ cell walls, killing up to 99% of them. In this way the coating acts as a surface disinfectant. In water purification, TiO2 uses the same process to generate hydroxyl radicals that break down and remove organic pollutants.

However, TiO2 has several disadvantages as a photocatalyst. It is activated by ultraviolet lights, which represents only 5% of the available energy in sunlight. Also, while TiO2 is highly effective at breaking down organic pollutants, since the photocatalytic process is a surface reaction, a high surface area and the ability to absorb molecules into its structure effectively is necessary to enable a high rate of photocatalytic activity.

As described above, titanium dioxide is one of the most promising photocatalysts available. Under UV light, TiO2 produces free radicals in aqueous solution, which can be used for water purification and other applications. These help degrade organic pollutants in water. One popular method of using TiO2 is to coat a substrate.

Plasma electrolytic oxidation (PEO) is an advanced form of conversion coating with significant advantages for the production of photocatalysts. Coatings created by PEO are inherently highly porous meaning that they have very high surface areas which is critical for high photocatalytic activity. Further the materials are hard and highly crystalline, and produced in an entirely green process which is free of hazardous chemicals. Each of these advantages and the techniques morphology makes it an ideal solution for photocatalytic applications.

Additionally, using PEO, it is possible to incorporate other materials from the electrolyte in a highly controlled manner to further enhance the photocatalytic activity. For example, Materials scientists at Keronite have found that it is possible to incorporate nanoparticles of materials such as Ag within PEO coatings. This has the benefit of expanding the spectrum of light that activates photocatalysis, and in some cases this has enabled sunlight to stimulate photocatalysis. This approach creates ‘functional’ coatings that elicit wide-spectrum and high-activity photocatalytic behaviour. Further, this approach can even be applied to other surfaces such as magnesium and aluminium substrates. This finding has enabled photocatalysts to come to market with markedly improved longevity and efficacy – enabling photocatalytic materials to benefit from the enhanced corrosion offered by PEO.

The benefits of plasma electrolytic oxidation in photocatalysis

Titanium dioxide is well known for its photocatalytic properties. While photocatalysis currently relies extensively upon UV lighting within a controlled environment, experiments with PEO have found the incorporation of nanoparticles such as Ag drastically expands the effective spectrum of light enabling photocatalysis.

Plasma electrolytic oxidation holds a lot of promise for photocatalytic applications – both in terms of improving the efficacy of photocatalysis and enabling photocatalytic materials to last longer. To learn more about PEO, download our white paper ‘What is Plasma Electrolytic Oxidation?’ or get in touch with one of our materials scientists today. 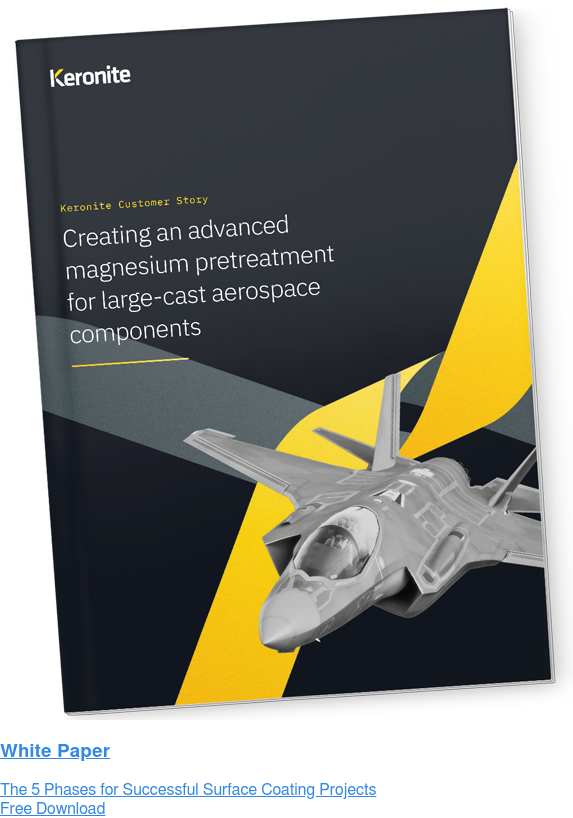